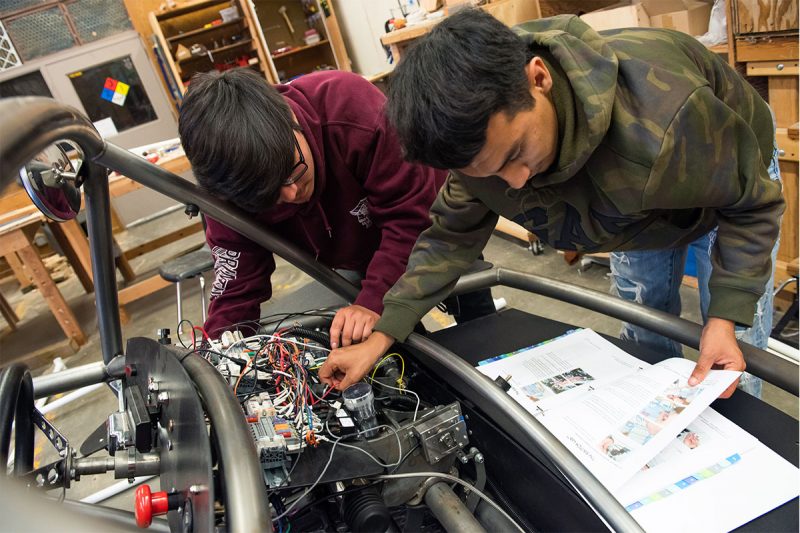 What Have We Learned in the Last Year About EVs?

As we prepare for this year’s SEMA show, we’re reminded that last year’s gathering contained a lot of new information about innovations and advances in Electric Vehicles. We learned about the growth of the electrical vehicle market, how the government and the public are responding to the shift to electric vehicles, and all the new advances in EV technology.

EV’s Moment is At Hand

Electric vehicles are becoming more and more popular. One thing that’s clear is that the electric vehicle market is growing rapidly. In 2020, there were about 2 million electric vehicles on the road, but by 2030, that number is expected to grow to over 140 million. This rapid growth is being driven by a number of factors, including falling battery costs, increasing fuel efficiency, and stricter emissions regulations.

Governments around the world are also beginning to invest in electric vehicles.

For example, China has announced plans to spend over $360 billion on electric vehicles and related infrastructure between 2020 and 2030. And the UK plans to phase out sales of new petrol and diesel cars by 2040.

The EV industry is beginning to grow exponentially.

The global market for electric vehicles is expected to reach $1.26 trillion by 2030. The public is also beginning to embrace electric vehicles. A recent survey found that about 60% of people would consider buying an electric car in the next five years. This shift is being driven by a number of factors, including falling prices, increasing range, and improved charging infrastructure. General Motors recently announced plans to release a fleet of all-electric pickup trucks in 2021. And Volkswagen plans to release 30 all-electric models by 2025. These new models will help to further accelerate the growth of the electrical vehicle market.

EVs will soon be everywhere.

Buses, boats, trains, and more will soon be relying on renewable energy.  As we move towards a more sustainable future, electric vehicles will play a vital role in every mode of transportation we encounter. EV is the future and it’s arriving very soon.

Components are beginning to become cheaper and more available.

Battery costs for Lithium batteries have dropped 73% since 2010.  In 2016, the cost was $350 per kWh. In 2030, the cost is expected to be $100 per kWh. This price drop is due to advancements in technology and increases in production. The price of an electric vehicle will continue to drop as battery costs decrease. The race is on to create a non-lithium battery that will greatly reduce the price of EVs.  Many different materials are being considered such as: sodium, magnesium, iron, zinc, silicon and even air.  The key is to find a way to store more energy in a smaller battery that will last longer and charge faster.

Charging stations are becoming more and more popular across California and the United States.

The number of public stations increased from 8,400 in 2016 to over 16,000 in 2019.  The goal is to have one station for every 10 electric vehicles on the road.  This will allow people to charge their cars while they are away from home and work.

The U.S. EV industry is about to expand and grow.

The industry will need designers, assemblers, and repair workers for this new fleet. This emerging market is open to anyone with the imagination and foresight to get involved now! And in certain states– notably South Dakota with the recent CTE Innovation Equipment Grant– there’s been a big push for offering EV tech classes in high schools. This modern innovation is moving into places it never has before, and at Switch, we are here for it!Our reusable EV Kit is ideal for students interested in renewable energy, advanced technology, or automobile design. The Switch Lab teaches students how to work with their hands, solve problems, learn about systems, and gain experience in cutting-edge automotive technology. Contact us today to learn more about how Switch Vehicles can benefit your school.